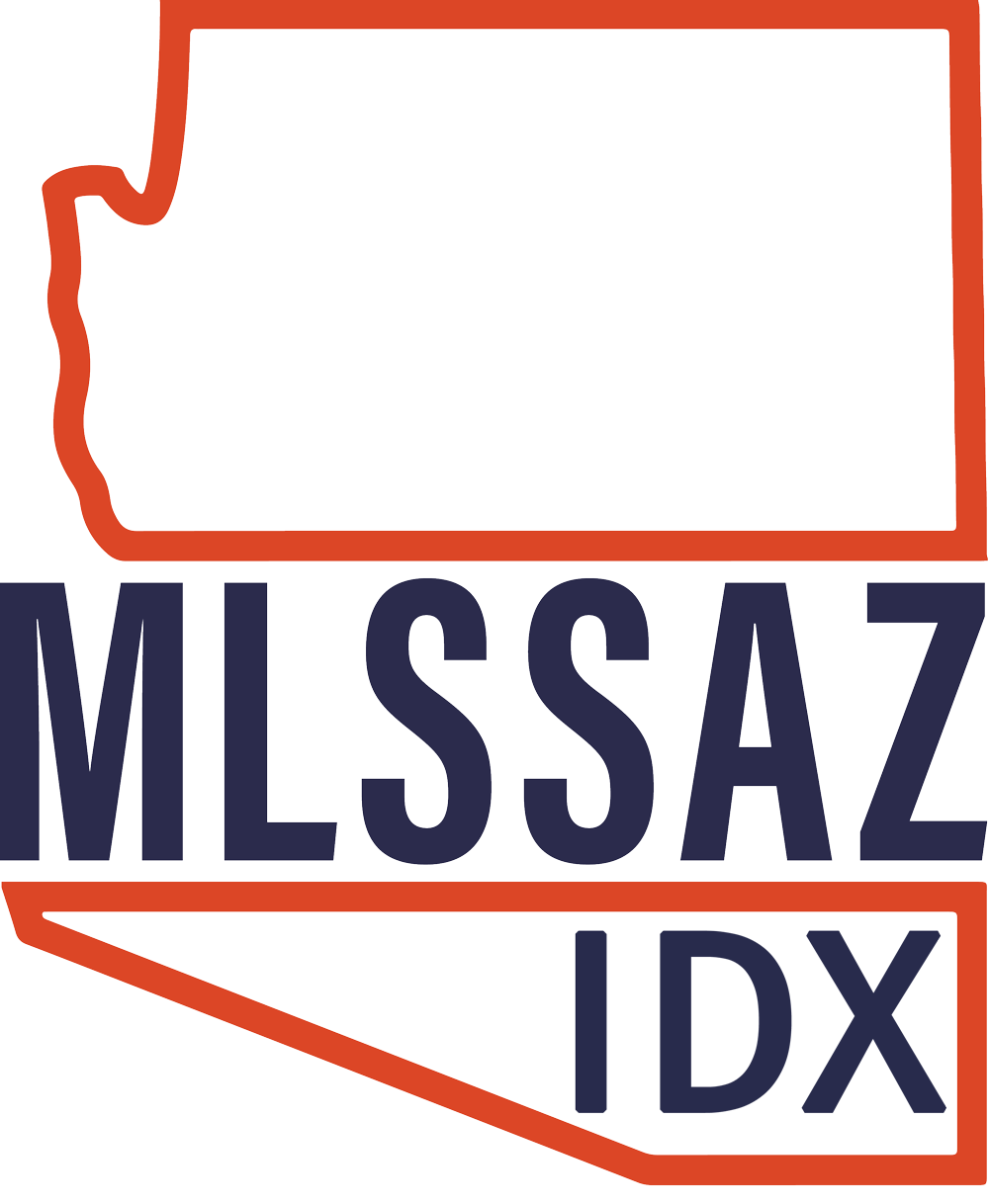 
A direct quote from a teacher to the entire class, "I have over 100 students, I don't care if you fail.". The same teacher, "I can see you are all confused, but I'm moving forward.", and once again "almost all of you will fail this test". In my opinion the problem doesn't lie with the students, this teacher cannot teach. More than one teacher at this school will openly mock parents in front of students just because the parent contacted them about concerns over grades. Frankly, I find this behavior on the part of the teacher not only unprofessional but also childish. Teachers who fail the majority of a class are the true failures, not the children.


The staff and students are great but the administration does not respect the teachers. This creates a culture of fear in which teachers are afraid to state their opinions.

Submitted by a teacher


My daughter went here for her junior year of high school. We had some issues with bullying. She was bullied for her race. She was bullied for not wanting to participate in school spirit. She was bullied by an extremely rude culinary teacher. The administration did about as much as they wanted to about this issue. I figured the incidents of racial intolerances at this school were isolated, but unfortunately my family was wrong. She had an absolutely wonderful chemistry teacher and some of the parents who volunteered were very nice. Those are the positives I can give this school. More news of racial intolerance has come out in the news about this school since then. I would love for that long winded 5 star review from the student below to be true for everyone, however it is not. Please do not be deterred by the students trying to defend this school on this page. I admire the school spirit, but enough of our children have fallen victim to prejudice and childish behavior from some of the supposed mentors.


Families who have children attending a school which for some time has looked the other way with regards to racial speech, verbal abuse and physical threats is not a school I can recommend to anyone.


After reading some of these reviews I decided to share my opinion since the quality of the few reviews before me are so unbelievably biased it makes me laugh. By no way is Ironwood a terrible high school. I'll tell you it isn't perfect, but I would have no regrets sending my child going to this high school after I've already attended. Sure some of the teachers aren't Ivy League professors, but 99 percent of them have challenging courses and the tenacity to teach the kids. The counselors aren't perfect, but they will help as much as they can so you can pursue the university your child wants. To the person who bashed IRHS and wanted to sent their child to basis, counselors and other admins are just references when trying to attend a higher education university. It is still your child's responsibility to get his/her own references and letters of recommendations based on their community and school involvement the four years in high school. To the person complaining about athletics, you have no idea the social and team building skills athletics teach you. These skills help with so many life situations it's almost arrogant saying athletics is given too much importance


(Continued from below) (Continued from below review) Ironwood has great sports programs and the admins care a lot in keeping this reputation. And if sports still don't seem important to you, without sports I wouldn't be in my engineering program in college now free of charge because athletic scholarships is what pays for my schooling instead of loans or my parents. And finally for the person who wants more diverse culture programs on campus, you have to remember ironwood is located in Oro Valley. Everyone knows the town is predominately Caucasian. And you're going to base a high school based off of your son/daughter not being in a culturally diverse school? What about all the other cultures besides yours? That's pretty selfish to say and if it's what you want maybe you should send your child to Tucson High. Overall IRHS is a great shook and you shouldn't have any worries sending your child here to have the best 4 years of high school they can get socially and academically.


A lot of the teachers are collecting a paycheck. The admin is very arrogant and don't help parents or students with a lot of issues. They have political schemes that prevents bad teachers from getting in trouble. Most of the classes are taught with a very liberal point of view. Children without political knowledge will be taught with slated opinions. Recently the admins have begun watching students actions online and punishing them for quoting movies like "Mean Girls" or sharing any negative opinions about the admin. I'm being serious. Seriously consider other schools if looking to enroll in this area.


IRHS is a good school but one that is developing a culture of clicks, good old boys and racist. As a parent of a minority student, I am deeply concerned about the lack of diversity and/or multi-cultural programs. Outward acts of mean spiritedness and bullying are becoming a heavy burden and one where the administrators don't seem to want to proactively address.


To read the prior review I could perceive my son attends a different HS as our experience holds sharp contrast to this. We have found that high standardized testing scores (PSAT and others) together with high GPA, consistent student/teacher collaboration and diversity in club involvement is a successful combination in bringing college resources to us. Admittedly, it has been my son who has outwardly pursued these achievements and understandably his initiative, or lack thereof, will be the primary factor that makes his goals attainable. We always hope that the bridge between HS and college counseling and resources toward those goals is cohesive, but understand that our role as parents may increase in working through the deficiencies.


The only reason I rate this a 2 is because it has some AP's. Other than that, it is one of the worst high schools to have your child go to unless you want him to directly feed into UA or Pima. We have no resources to get your child in to a top University other than his or her own merit. The counselors never help, but pride themselves in becoming "good friends" with all the students to give the illusion of helping. Certain AP classes are taught by the worst teachers who have no clue what they are doing. We spend SO much money on athletics. Athletics does nothing for your child unless he is Lebron James or Ben Roethlisberger. There are seriously NO opportunities for extra curriculars other than these sports that our school prides itself in so much. Clubs are taken as a joke and our NHS chapter is filled with inactive students merely in it for the star on their diploma. Even our top rated students can't get into tough schools. If you want your child to be successful, spend the extra gas and travel time to openly enroll him or her into University High School or BASIS Tucson.


Im going to be a junior this year and have many mixed feelings about this school. The athletics are not as great as everyone might think of them to be. Most of us have to do it on our own because the coaches either have no idea what they are doing or they just do not care. The academics portion of the school is lacking in quality too. Many of the teachers do not prepare their students for the finals and while some of them are easily approachable, most are rude and do not want to help when you ask them. Dress code is also a big issue at this school. Many girls come in too tight or revealing clothing but never get dress coded. On the other hand, girls who come to school with a tank top with straps just a tad too thin are sent home to change.


In regards to the coment from 1/19/08... I disgragee. Two of my kids are students of IRHS, the oldest graduated in 2004. We are not rich, white or evangelical.. although we are straight. Just like our family there are many other that provide diversity to the school. It is a great school... my kids like their teachers, the teachers care about their students and all extra-curricular activities keep them busy and out of trouble. I don't think that IRHS is preppy at all.


I'm sick of the negative reviews of IRHS. The teachers, while occasionally biased -only inclined to acted positively toward students that actually care about school and about doing well-are, for the most part, superb. Ap/Honors courses are challenging, for those who care to do the work, and though no, we do not receive a lot of money- AZ is the lowest educationally funded state in the country- our school, student government, and the administration are able to do a lot with what they are given. My experience here has been great, with our sports teams being top notch, and the list of extracurricular activities that goes on forever-Japanese Club, Tae Kwon Do-the only high school in the nation that offers it for credit-an amazing culinary arts program, etc., which many students are involved in. Lastly, IRHS is NOT preppy-its incredibly diverse. 5/5


This school doesn't have much diversity. Everyone is pretty much white, straight, rich, and evangelical. It is one of the preppiest schools I've ever seen, even on television. While I say this, IRHS still is a good school with good teachers. It has a flourishing extra-curricular program, with everything from culinary arts to Japanese Club. It has an extensive fine arts department - it has three choirs, concert band, jazz band, orchestra, drama, visual art, photography. It has some great AP courses. My only other complaint is that the general classes are way too easy - students underacheive so the teacher's definitely dumb the classes down.

To continue searching, you must agree to the Terms of Use.

For the best experience, please provide your cell phone number and select accept below to opt-in to our Terms & Conditions and Privacy Policy to begin receiving text and voice communications.

or make a new notebook

Search Listings
(Prices and inventory current as of March 31, 2020)

Have a house to sell?

Find Out How Much Your Home Is Worth (optional)

We just need your phone number to finish creating your account.